Biohazard, Reborn in Defiance... From the Joe LaRusso Photo archives...

Here is another one from the Joe LaRusso Photo Archives...  Biohazard hit the road again with their new album Reborn in Defiance, WITHOUT Evan Seinfeld. He left the band again, only to be replaced by longtime band friend Scott Roberts. So here is a review of their NYC homecoming show along with some photos. Check out the rest of the show photos in the CONCERTS Galleries... Hope ya like em. And check back with us for some EPIC upcoming shows...

Having released their last album “Means to an End,” finished in 2003, and then being released in 2005, the band ultimately split up. Despite being apart for all those years they somehow reconnected. In an interview at The Gramercy with Billy Graziadei, he told me he talked to Danny Schuler, and heard that Bobby Hambel and Evan Seinfeld went out for dinner. That was in 2008. I guess that was all the spark they needed. Billy Graziadei then got in touch with Evan Seinfeld, and the four decided to hit the studio again. Completing their latest album, “Reborn In Defiance,” set to be released for FREE in the US, the band hit the road once again. Then, disaster… They ran into a SLIGHT road block… OK a BIG road block… Evan Seinfeld decided, for personal reasons, to leave the band once again. 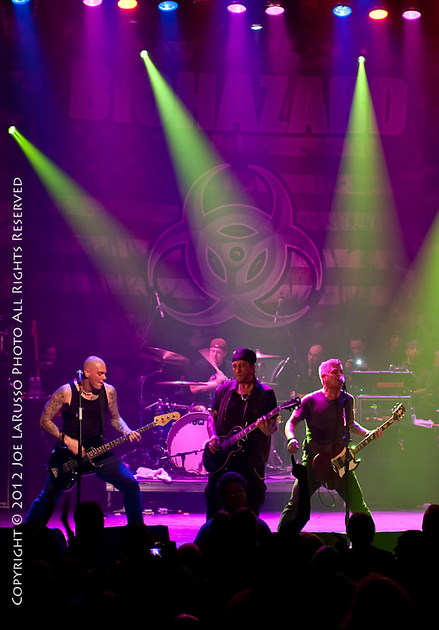 So needing a replacement for Evan they turn to long time friend, Scott Roberts. Who better to turn to? A guy who knows Biohazard inside and out, and has stepped up and filled in for them before. Which brings us to The Gramercy on January 17, for the Re-Birth of Biohazard. The HARDCORE, IN YOUR FACE, NO BULLSHIT band out of Brooklyn NY!!! 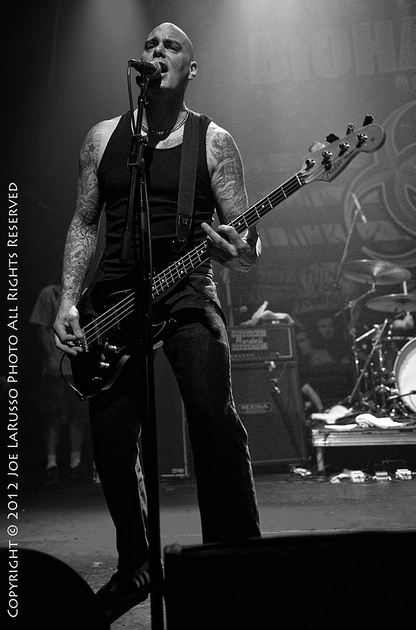 Biohazard comes home... Biohazard came out onto the stage at The Gramercy to an explosion of screaming clapping and crazed fans. The Gramercy was PACKED to see Biohazard. Looking around at the crowd you could see a lot of the bands long time fans, coming out ready to pound it out in the mosh pit. Standing side by side with the new generation of heavy metal head bangers.

Biohazard was ready to show they still had it. NY HARDCORE at its best. They OWNED The Gramercy on their home coming. They kicked ass with classics, like Urban Discipline, & What Makes Us Tick. That drove the crowd into a frenzy. They were looking for blood. Old and new fans alike. When the intro to Down For Life started and Bobby Hambel called for a mosh pit, the crowd obliged!!! There was pure HARDCORE BIOHAZARD carnage!! I got as close as I dared with my camera and stole a few shots. Had to bid a hasty retreat for fear of diving into the melee, and risk losing the camera!!! HEHE, The Gramercy felt just like L’Amours did back in the 80’s when Biohazard was on stage. Bricks were DEFINITELY shaken loose that night!!!

The new stuff is just as good as the Classic Biohazard!!! They played Reborn in Defiance, Come Alive, & Vengeance Is Mine. ABSOLUTELY AWESOME!!! Definitely didn’t sound like a band they JUST reunited after all those years apart. Or a band with a brand new bassist/singer in Scott Roberts. I just can’t describe how great I thought this show was.

Old school fans joined the next generation of heavy metals fans. Only now a-days, instead of lighters being held up in the crowd, you only see that familiar glow as everyone holds up the cell phones. You could see the fire in every band member’s eyes. They were home in THEIR city!!! Biohazard came HOME!!! IT was great when Billy stopped the show asking if there was any military in the crowd. Billy, the band and the whole place went wild with applause. After more head banging and mosh pits, Bobby gave a shout out to the FDNY and the place went wild again with applause again. 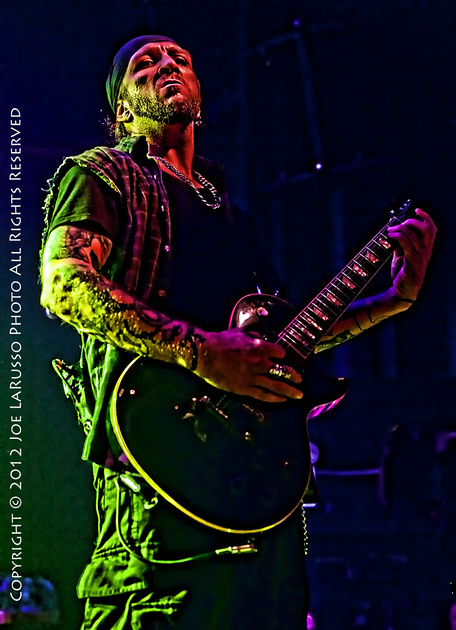 Biohazard’s home coming KICKED ASS!!! IT was great seeing them again, after all these years. Not one of them missed a beat!!! And a band that definitely didn’t forget where they came from and what they had to endure after all these years. Just like the album, “Reborn in Defiance,” Biohazard came out kicking and screaming, announcing their rebirth. This album is for the HARDCORE… The FANS… And to say “THANK YOU” after all these years to their fans, Biohazard decided to release this album in the states for FREE. Yes, F R E E!!! The CD with bonus added tracks will be available for purchase later in the year.

So on behalf of Rock Show Magazine, I would like to thank Paul Cibrano, Owner of Cibrano Media, who graciously provided myself and partner Michael Burke-Andrade press passes and set up our video interview with Biohazard’s own Billy Graziadei. I would also like to thank Billy Graziadei for taking time out of his busy schedule for our interview. 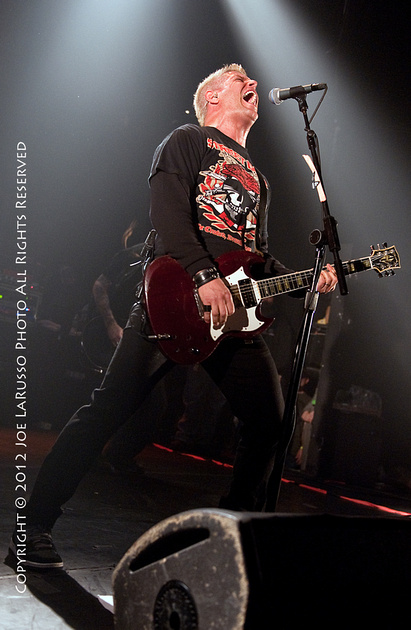 At the time of this writing, we at Rock Show Magazine would like to wish our best to Scott Roberts who was rushed to a hospital while on tour in Europe. Scott the crazy man wasn’t letting THAT stop him, and he checked out of the hospital with a clean bill of health, ready to play by the time they hit their next stop on the tour!! 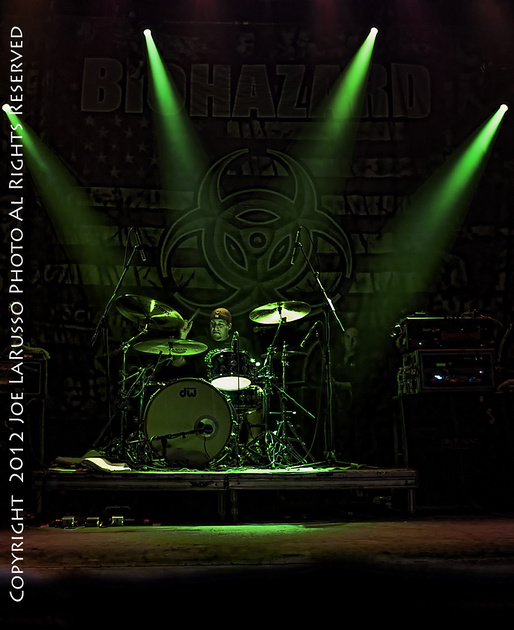