This is one from the Joe LaRusso Photo archives. A review  with photos I wrote for Rock Show Magazine.

Five Finger Death Punch Share the Welt Tour Nov 2011, Starland Ballroom Sayerville NJ. Check out the rest of the photos from this

show on my concert page. 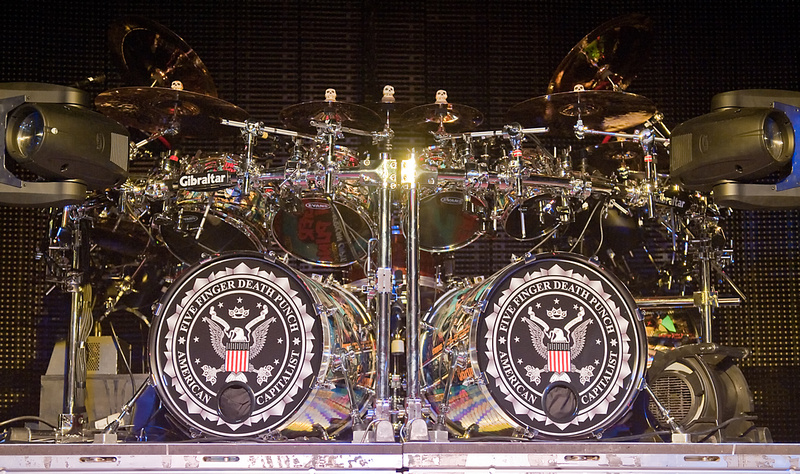 Ok first and foremost I’d like to thank Five Finger Death Punch and Adrenaline PR for providing me with a photo pass to shoot the “Share the Welt Tour” at Starland Ballroom in Sayreville NJ, for Rock Show Magazine. Without their generosity the photos accompanying this review would not be possible.

After corresponding with Rikki Zazula from Adrenaline PR, I was put in contact with Five Finger Death Punch’s tour manager Brendan. Brendan advised me to get to Starland early. I'm glad I listened to him. The show was SOLD OUT way in advance. With Five Finger Death Punch coming in from the west coast EVERYONE from the NY/NJ area was pumped for the show. This was a show FULL of HEAVY METAL’S HEAVY WEIGHTS. Five Finger Death Punch headlining, with All That Remains, Hatebreed and Rains starting the show off. The place was a mob scene 2 hours before the doors even opened!!!

It was an all ages show. That’s a GREAT THING... guarantees the future of METAL by introducing it to the younger generations. \m/... And there were plenty of heavy metal youngsters in the crowd.

Rains got things started. They got the crowd right into it with their heavy tunes. The audience was full of energy right from the first song and the intensity just grew from there. Hatebreed was up next. The crowd, the intensity and excitement continued to grow with their set. After Hatbreed tore it up, All That Remains came out and they had the crowd mesmerized and going wild!!! So far, up to this point the show was AWESOME!! The lineup for this show was great. Right from the first song every band had the crowd hooked and going nuts. From the multiple mosh pits to the fans riding the crowd, it was INTENSE!!!

By the time All That Remains finished their set, EVERYONE in the packed theater was foaming at the mouth in anticipation of Five Finger Death Punch to hit the stage!!! ME INCLUDED!!!

Then all of a sudden… BLACK. The crowd started chanting... One side of the PACKED room, “FIVE FINGER,” then the other side, “DEATH PUNCH!!!!” 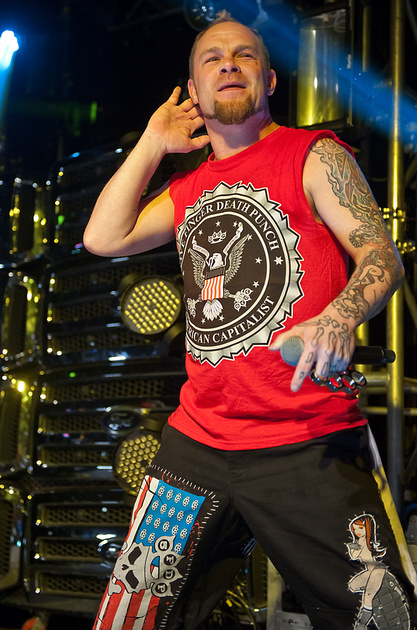 Five Finger Death Punch opened with “Under & Over It,” off their new album. Starland Ballroom exploded into to chaos and mayhem from the very first note played!!! They kept their fans rocking with their hard core songs, “The Bleeding,” “White Knuckles,” “Far From Home,” and finally giving a shout out to Veterans Day and supporting our troops they blew up Starland Ballroom with “Bad Company.” The place was so jam packed you literally could not move one inch. As you looked around all you saw was horns up and heads bangin’ as EVERYONE sang along with lead singer Ivan L. Moody. 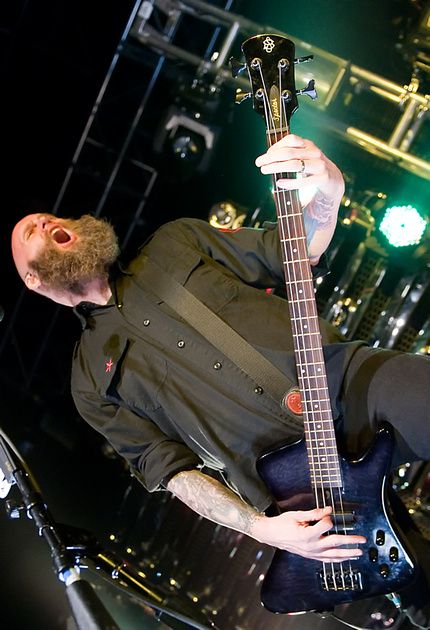 Ivan made everyone in Starland feel like one big happy dysfunctional family!!! So much so that he invited a bunch of youngsters on stage to rock out with him and the band. The band was just as exited to be there performing as much as the Knuckleheads were to be there watching them. It was great hearing that Starland turned away over 1000 people at the door trying to get in to the sold out show. The Sayreville Fire Chief had to come out too!! The BEST news of the night for the fans was when Ivan made the announcement that “American Capitalist” surpassed Lil Wayne’s new album in sales; the place went ape shit! 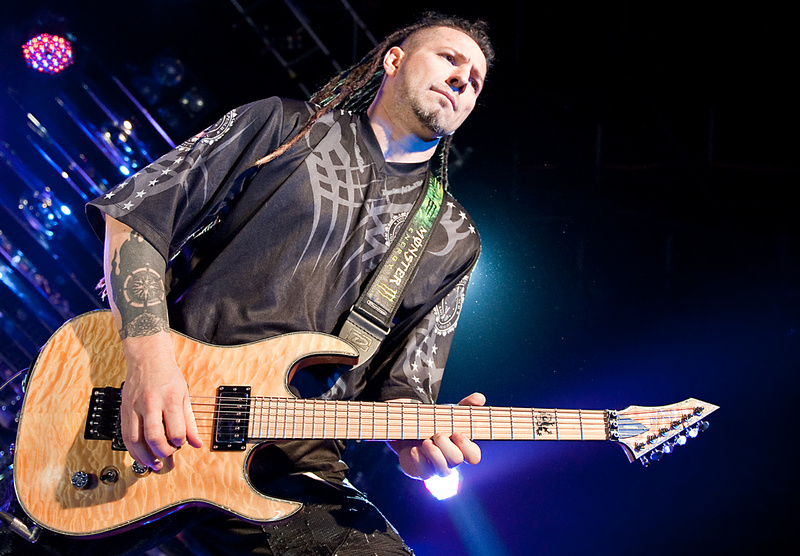 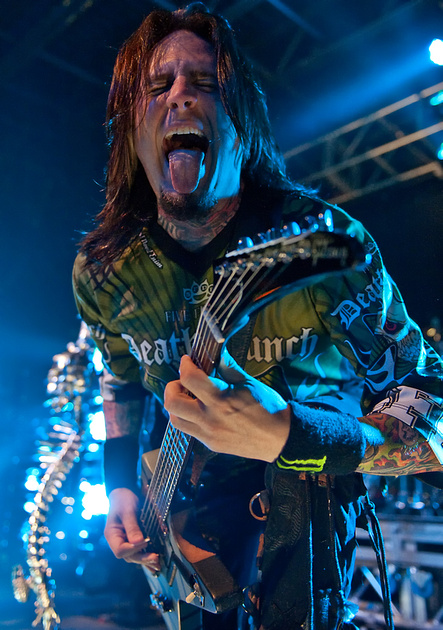 So to sum up this review... Get out and see FFDP!!! They're not only THE BEST HEAVY METAL BAND, but they put the metal back into this 42 year OLD man!! 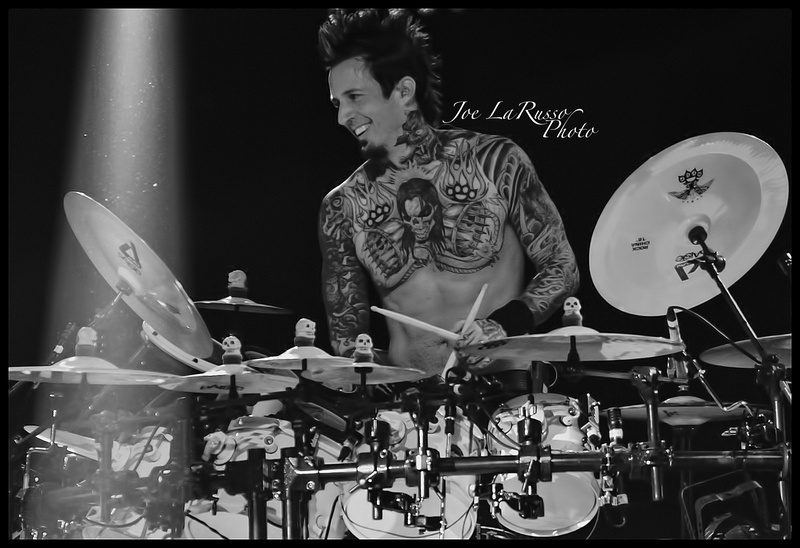 (Not from Share the Welt, The drum kit was too hight to even see Jeremy so I added this from Trespass America)