I grew up in the greatest city in the world... Brooklyn New York. I LOVED living in Brooklyn. It was my whole life. I never wanted to leave my beloved Brooklyn. Until... After marrying the love of my life and deciding to start a family of our own. My wife and I decided that we wanted to move to the suburbs to raise our family. Having to work in Brooklyn made it fairly simple... I had no intention of moving too far away. As most of us from the area know, traffic could be pretty bad... So like a lot of Brooklynites, we headed West. Yes we decided on moving to Staten Island. LOL Not exactly the suburbs, but close enough!! I LOVE the Verrazano Bridge. That bride would become my lifeline in and out of Staten Island. My direct route to Brooklyn. So over the years of living on Staten Island, you could well imagine I have quite a lot of photos of my favorite bridge. This one in particular is one of my favorites. I shot this from the Brooklyn side of the bridge. I wanted a different look so I thought shooting the bottom of it would look cool. And as it turned out, I really like this photo. So the VZ Bridge became my bridge to nowhere as I sat in countless hours of traffic driving home after work, to my family. The bridge that carried me "Into the Abyss..." 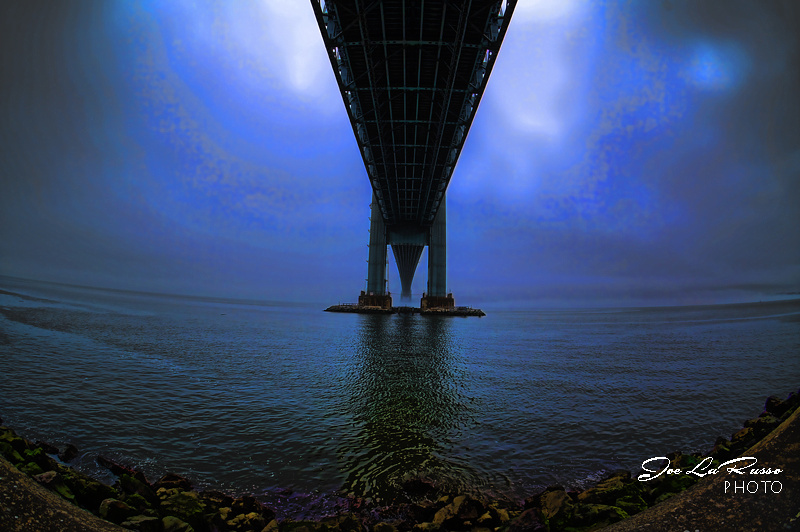